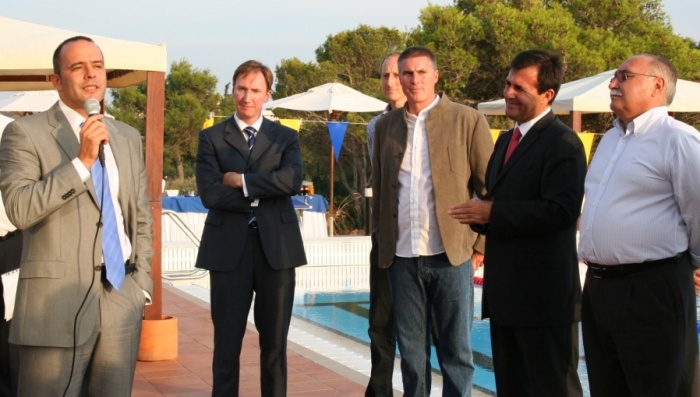 The Centre opened its doors on July 4th to welcome its first teams and after a successful summer the official innauguration was held on Thursday 24th September, 2009.

Co-founders Matthew O’Connor and James Parrack both spoke to thank everyone who had helped bring the idea to reality and after the ceremonial cutting of the ribbon from Paul Abrey, Balearic Sports minister Mateu Canellas Martorell and Tourism minister Miquel Nadal Buades gave speeches to celebrate the opening of the centre and wish the landmark project every success in bringing the sporting elite to the island and helping to develop the champions of the future.

The local hotel community helped stage the event at the pool and the local town hall were also involved in the ceremonies. Bartolome Lladonet Salva added his voice to the best wishes of others and spoke for the community of Ses Salinas in welcoming the BEST Centre and the economic impact it will bring to the region, as well as raising the profile of Colonia Sant Jordi as a centre of sporting excellence.