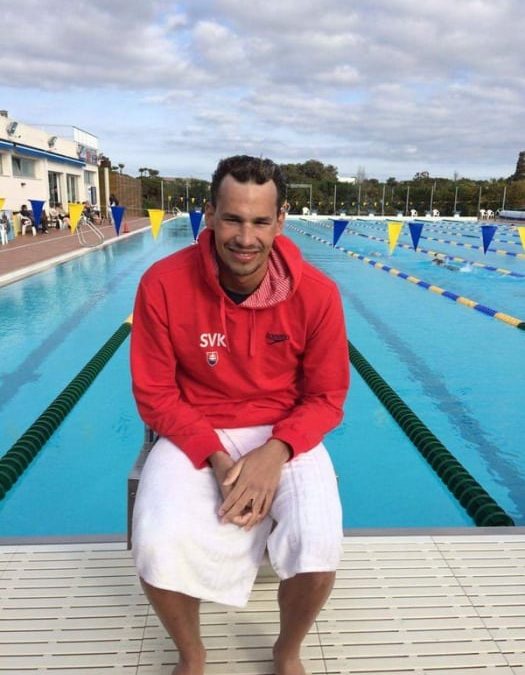 Not only has the 22-year-old visited the BEST Centre 13 times, he clocks up mammoth training sessions while he’s here, recently hitting 20,000m in one swim!

‘My coach is very happy, because the Centre lets me train longer. And they always cheer you on,’ says Nagy, who has qualified for the Rio Olympics in the 1,500m freestyle and 400 IM events (with more potentially to come).

His devotion to the BEST Centre is a fantastic vote of confidence in the facilities here. Nagy sometimes visits as often as four times a year, routinely training for a week before big events and ‘sometimes just to swim a lot of miles’. Meeting childhood heroes like Ian Thorpe at the pool has been an exciting bonus.

Relaxed, funny, with a sparkle in his eyes, Nagy clearly loves swimming lots of miles. ‘I always do sets like this – doing 100 times 200 meters in four hours. I swim much more here than back at home. James [Parrack, co-owner of the BEST Centre] usually laughs at me. “Why kill yourself?” he says. But I have to do it as fast as possible because I want to be done in time for dinner.’

A connoisseur of European swim training camps, Nagy has spent time in Tenerife, Crete and various Italian centres, but concluded that the BEST Centre is indeed best. ‘It’s not that expensive, it’s by the sea and the atmosphere’s good. Tenerife was twice as expensive and it was too hot.’

Swimming in an open pool is always a big plus, giving the opportunity to work up a tan, says Nagy. ‘It’s completely different training in these conditions.’ And the easy access to open water is another advantage. Nagy is interested in qualifying for the 10km race in Rio, which will be held in the sea off Copacabana beach, even though he’s never swum competitively in open water before.

‘I’m thinking of coming back here for the BEST Fest to train, which is the week before the qualifying races for Rio,’ he says.

Nagy will always be welcome at the BEST Centre. The only trouble is getting him out of the pool!