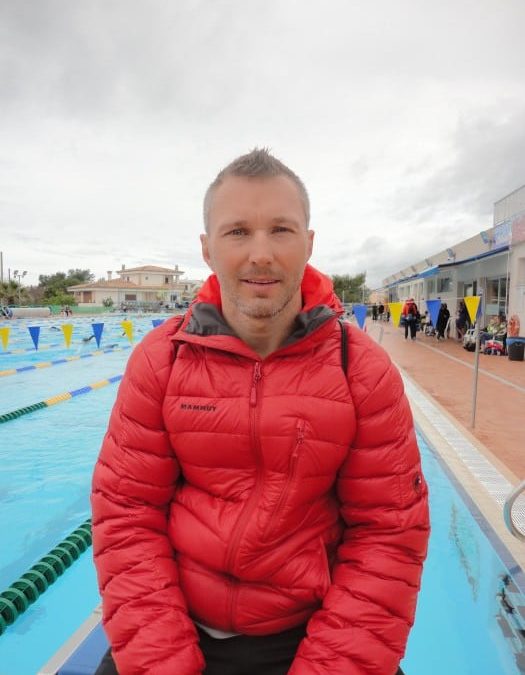 For 15 years, Lubomir Visnovsky had 20,000 fans screaming his name every week as he tore through opposing teams in the National Hockey League (NHL).

In April this year, Visnovsky could be found in Colonia Sant Jordi pursuing his new hobby of triathlon, looking to replace some of the kicks he’s missing from the ecstatic NHL crowds.

‘After two hours in the BEST Centre pool and three hours on the bike, I feel unbelievable,’ he says. ‘It’s my first time here and I’ve seen a lot of really talented guys in the pool. It really surprises me to see 200, 300 guys in the pool every day. It’s a great atmosphere, I can feel the power.’

Visnovsky was known throughout the hockey world for his powerful shot (left-handed, coming from the right side). He was also famous for his ‘high risk’ manoeuvres: ‘He was a master of doing things that most defensemen wouldn’t even be able to think of doing,’ said hockey fan Michael Leboff. ‘He was a high-risk guy, but he was so damn smooth about it that his high-wire act was pretty much encouraged.’

A strong cyclist, Visnovky enjoys the stiff Mallorcan breezes (‘good for the legs’) and has thrown himself into multisport training with his traditional gusto. ‘I want to do something every day to sacrifice my body,’ he says.

He certainly sacrificed a lot for his hockey career, breaking multiple bones, suffering nine concussions and foregoing other sports for years. He only took up swimming in February 2016 and still finds running tough, after injuring disks as a hockey player. His Slovakian conditioning coach is a 10-time national triathlon champion and encouraged him into the sport.

‘Hockey is a collective sport, you’re always thinking about the team, whereas in triathlon it just you and your body. You just try to beat your time, instead of an opponent,’ he says.

With his quick smile and livewire demeanour, you can see why Visnovsky needs to find an outlet for his energies. He’s already set up a hockey and sports centre in his home town of Bratislava (the Slovak capital) and spends time with his seven-year old hockey-playing son, four-year-old dancer daughter and show-jumping wife.

But he’s still missing the adrenalin rush of competition, while awestruck by the achievements of fellow Slovaks like cyclist Peter Sagan, who won the Tour of Flanders just a couple of days before this interview.

‘I’ve loved all seven days here in Mallorca,’ he says. ‘There’s no way I could stay home and watch TV – I’d feel too guilty. So triathlon is a nice hobby, it’s relaxing for me.’