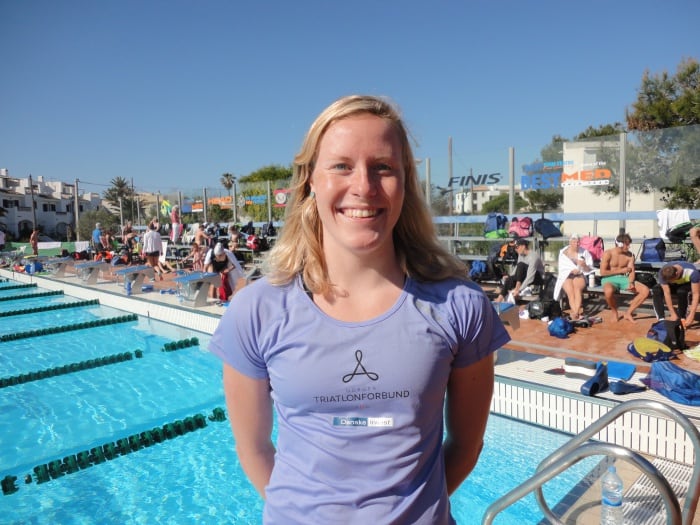 ‘Colonia Sant Jordi is just the right size,’ says Norwegian triathlete Lotte Miller. ‘It’s big enough that there are things to do, but not so large that you have to cycle through traffic. And it’s easy to get out into the countryside. I really appreciate that.’

A national champion freestyle swimmer, Miller switched to triathlon a few years ago after former BEST Centre coach Patrick Blake said ‘You look like a triathlete’. Ever since, she’s moved up the Norwegian rankings and loves it. Miller won the 2015 Norwegian National Triathlon Championships in a time of 2 hours 1 minute.

This year, Miller came out to the BEST Centre with around 20 national triathlon team mates including Kristian Blummenfelt, currently 31st in the ITU world rankings and a virtual certainty for a Rio de Janeiro Olympic place.

At 22, he’s also the youngest athlete in the ITU’s top 50, which makes him an excellent prospect for the future.

Blummenfelt has spent valuable time in the BEST Centre pool sharpening his sprint start, to get to the front of the swim pack. The team set up a super-sprint triathlon starting on Es Trenc beach, which Blummenfelt won (as expected).

Lotte Miller is inspired by Blummenfelt’s focus and single-mindedness. ‘Kristian doesn’t chat while he’s training. He’s just going all the time. So that’s something that I picked up.’

‘I like simulating an actual race when I’m training,’ says Blummenfelt. ‘I can see my rivals next to me – even when I’m alone.’

For Blummenfelt, rubbing shoulders with some of the best European triathletes, including Germans, Portuguese and Austrians training at the BEST Centre is highly motivating. His prime rivals, however, are people like the UK’s Brownlee brothers, Spain’s Javier Gomez and Mario Mola, or Vincent Luis of France.

Blummenfelt has kept pace with the world’s top triathletes in recent races, coming third in the 2015 European Championships in Geneva and second at the Alanyu ITU World Cup race.

As a team, the Norwegian triathletes have come to love the BEST Centre: ‘We’ve tried other places, but three years ago an agent recommended coming here,’ says the team coach Arild Tveiten. ‘The facilities are excellent and you get some very good teams training here.’

It’s great to have such a motivated and happy team in town – and good luck in Rio, Kristian!